Father and Son are visiting an oriental bathhouse and the boy’s attention shifts to the women’s department.

A boy is sitting alone in his room and he gazes in his smartphone. The rhythmic light from the monitor and the periodic abstract sounds show his face in a surprised manner. The door opens and his father looks suspiciously at him. The boys look at his father seems shamefully. They are both walking on the street, the father marches on with his boy behind him, being dragged, almost unable to walk at his own pace. They walk by 2 young women and the boy seems interested as we see his body and head leaning into their direction, but the father pulls him further to a door. As we see they are visiting an oriental bathhouse, which has two seperate entrances. In the complex they boy sees a rough world of naked hairy bodies being washed and massaged brutally. He is instantly startled and sits nervous in the changing room. But suddenly he hears a giggle of a sweet high pitched voice coming through the ornamented bars of the small window above him. His curiousity makes him stand up on the dressing bench and through the window. His vision flies through the small window on the other side, from the dark changing room, the washing room, the warm recreation area to the garden eden of the unknown sex of the female. The athmosphere is sensual and slightly psychedelic, the voyeuristic sensation causes both isolation and freedom of the viewer. The trip flies out to the sun and transforms back to the boys face, we see his amazed emotion behind the bars of his little window. Again his fathers face enters the focus, but this time also sees the beauty and both they seem to be in trance from the spectacle. The boy puts his index finger on mouth to state this as a secret. His father agrees and smiles. They turn away from the window and enter the mens washing room together.

It was a long process coming to the final idea of making a shortfilm about an oriental bathhouse. After the Animation Unplugged Workshop about our Childhood I decided that I want to discover the more infant and naive perspectives to visualize in film. So I asked myself how a little boy would see women in a sensual context. I think this question is vital to our today society in times of instant accessible nudity on the internet, blunted affect in younger generations due to the omnipresent social media culture and its negative effects. Are there misconceptions of the picture of the woman? Maybe it’s even distorted in the postmodern age of objectification, a minimalism in emotional range of the language and thus in face to face communication between man and woman; and of course my favorite subject: feminism. Which is interpreted in various forms all over the world. But what does it really mean? And What is the woman? An Archetype of a mother, a transcendent inspiring muse, a helping friend or maybe an iconic sexgoddess? I think i want to find out by making this shortmovie.

Here are the slides for the pitch from July 2014 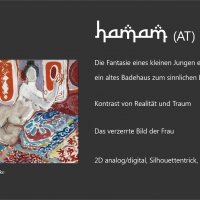 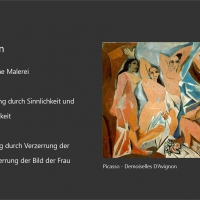 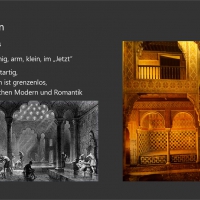 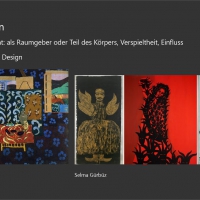 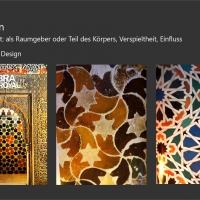 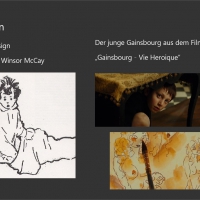 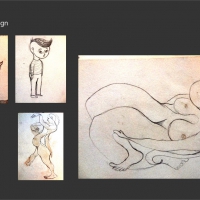 I started doing some styleframes for the movie and I ended up working with Oilpastel, the images were scanned and then composited in after effects. 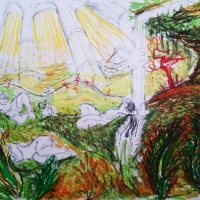 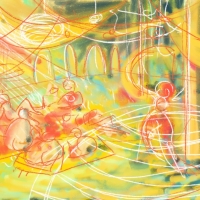 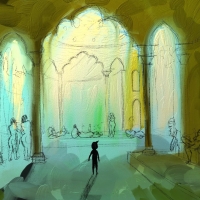 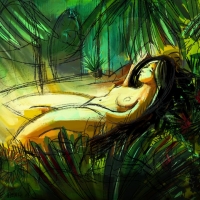 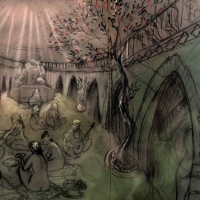 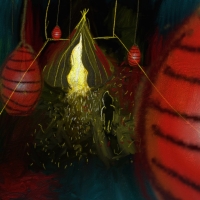 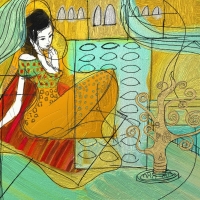 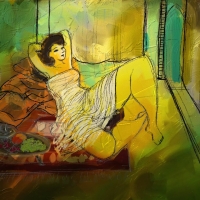 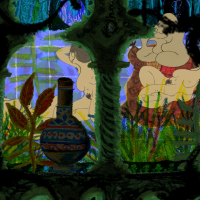 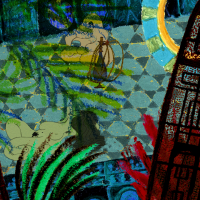 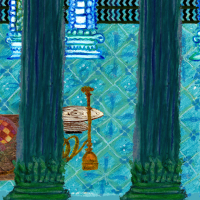 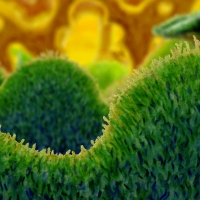 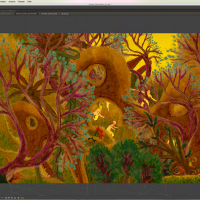